The Importance of the Business Decision Mindset in Litigation 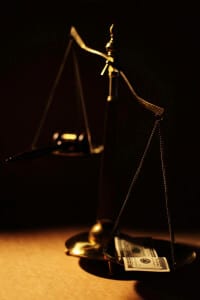 Litigation, in its purest most big-picture form, is nothing more than a dispute.  Parties have a disagreement they can’t resolve themselves.  So, one party seeks out someone, whether that is a court or an arbitrator or some other decision-making body, to decide it.  The other party participates, willingly or not.  Once that process begins, more often than not, for a myriad of reasons and justifications, the parties resolve the dispute themselves and settle it before it reaches trial or final hearing.

One important aspect of litigation, whether it’s a divorce, a contract dispute, or whatever it may be, is why a case settles when it does.  Lawyers often describe litigation as a process, which it is.  It has a certain procedure, with certain benchmarks and deadlines, ultimately reaching conclusion by trial or final hearing.  It plays out over time, and is infrequently promptly resolved.  But, to the practitioner that pays attention to the psychology of the case, it also has an emotional or mental process that must also play out over the course of the dispute.  And, if this process is part of the overall strategy in developing the case, can lead to settlements faster and on more favorable terms than if this process is ignored.

Litigation involves a certain amount of drama and negative feelings, including anger, outrage, and disappointment.  These feelings, coupled with every person’s desire to be “right” and for external vindication by “winning” the case, impair a party’s ability to examine and analyze the dispute from a more detached business perspective.  So long as a party is more focused on the emotional aspects of a case, it is difficult if not impossible to reach a business resolution of the case.

An attorney cannot force a case to resolution before the parties are themselves prepared to resolve it.  I often say that litigation moves as fast as the slowest person.  By this I mean that you can’t force someone into a resolution mindset – that process has to play out in its own way, on its own timeline.  It can be very frustrating to the party that has reached a place where he or she is ready to simply make a “business decision” about the dispute and resolve it on business terms.

So, it is important that the attorney take this aspect of the litigation process into account in developing strategies.  Strategies should not only be developed for preparing the case for trial or final hearing, but also for working to get the parties past the emotional aspects of the case and to a “business decision” mindset.  This is important not only to get the case into a place as promptly as possible to resolve, but also because the judge, arbiter, or arbitrators of the case will make his/her/their decisions on the case based on just such a mindset.

Understanding this aspect of the litigation process and incorporating it into case development and strategies serves the needs of the parties, puts the case and parties in a position to resolve it more promptly, and also prepares the case for a prompt and well presented “business decision” adjudication if it does not settle.

About the Author: Patric McCallum

Patric McCallum is a principal attorney with Drew & McCallum. He focuses his practice on family and business law, helping business leaders and Texas families with their legal challenges and needs. He brings a wealth of trial experience and industry knowledge to every matter he handles.