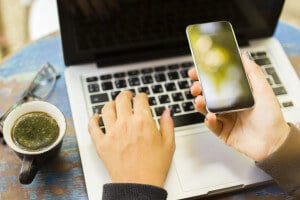 Many spouses are using sophisticated and expensive technology to secure evidence of cheating, misuse of finances, diversion of money, excessive spending, lying, and a myriad of other malfeasance in an effort to get an upper hand in divorce.  As readily available as cameras, video recorders, and other recording devices are nowadays, that does not mean using this technology is legal or will secure usable evidence in a divorce.

Surveillance and recording must be done within the bounds of the law in order to secure usable, credible evidence in a divorce case.  For example, some spouses may try to leave a voice-activated recorder in the house, which turns on and records anything that occurs in a room.  This type of recording likely violates current Texas and Federal law.

If a recording is made illegally, even if there is significant evidence of malfeasance on it, Courts may not admit it into evidence.  Illegal recordings may also result in a firestorm of litigation against the violator.  Such litigation may include a restraining order/injunction against further recording and surveillance, counter-claims for harassment, stalking, invasion of privacy, and other claims.  An illegal recording may also result in a federal lawsuit seeking remedies pursuant to the Federal Anti-Wiretap Statute.

Illegal recording may also violate the rights of third parties not involved in your divorce.  These could include other family members, friends, business colleagues, employers, and others, whose rights may be violated and may have remedies under Texas and Federal law.  If work email is hacked, if employer’s phones or computers are recorded, if bank records are hacked, those entities may have claims for those illegal invasions.

Simply because the technology exists does not mean it should be used recklessly.  Seek the advice of good and experienced counsel before undertaking surveillance on your own.  It does you no good to secure evidence that may be helpful to you, if the means to gather the evidence are illegal or result in significant claims against you.

About the Author: Patric McCallum

Patric McCallum is a principal attorney with Drew & McCallum. He focuses his practice on family and business law, helping business leaders and Texas families with their legal challenges and needs. He brings a wealth of trial experience and industry knowledge to every matter he handles.